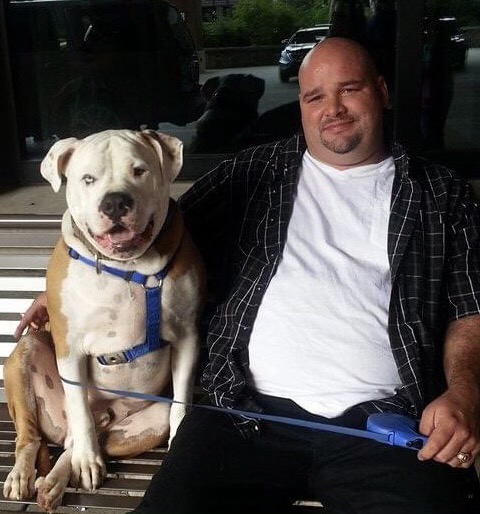 Robert Dwayne Blevins, age 43, of Iron Station, North Carolina passed away on Saturday, April 17, 2021, at his home, one day shy of his 44th birthday. Robert or Robbie, as many know him by, was born on April 18, 1977 in Charlotte, North Carolina and has been a long-term resident of Charlotte and Iron Station.

He had one of the biggest hearts of anyone you could know. He loved working on cars and listening to music. He loved his dogs, cats and various other pets he has had in his life.

Robert is preceded in death by his father, Robert Blevins, maternal grandparents, Shirley Sneed and Harold Griffith, paternal grandfather Bob Blevins. He also leaves behind his friends he's made along the way.

Robert was the type of person that would give you the shirt off of his back or a place to live out of the kindness of his heart. Robert would always protect the ones he loved with everything he had and make sure they were okay. Robert will be greatly missed. Rest easy - We Love You.

Robert has wished for the family to have a private family viewing.

Please sign the online guestbook at www.jenkinsfuneralhome.net. The Blevins family has entrusted arrangements to Jenkins Funeral Home and Cremation Service in Newton 828-464-1555.

Plant a tree in memory of Robert by clicking here.
To send flowers to Robert's family, please visit our floral store.

A service summary is not available

Plant a tree in memory of Robert
An environmentally-friendly option

Plant a tree in memory of Robert

3 trees planted in memory of Robert

There are 10 photos available in the gallery

Just got the nerve to read this. I don't even know what to say because I never dreamed you would be gone. I love you man...❤️❤️

My life will never be the same lil brother

You were the coolest big cousin when I was a little girl, and when we talked as adults, you always made me laugh. You will be missed Crab-apple.

You had a huge heart. We miss you already. Forever in our hearts. We love you.
Benjie, Kaleigh, and Brenleigh

A Memorial Tree was ordered in memory of Robert Dwayne Blevins by Benjie, Kaleigh, and Brenleigh .  Plant a Tree

Plant a tree in memory of Robert